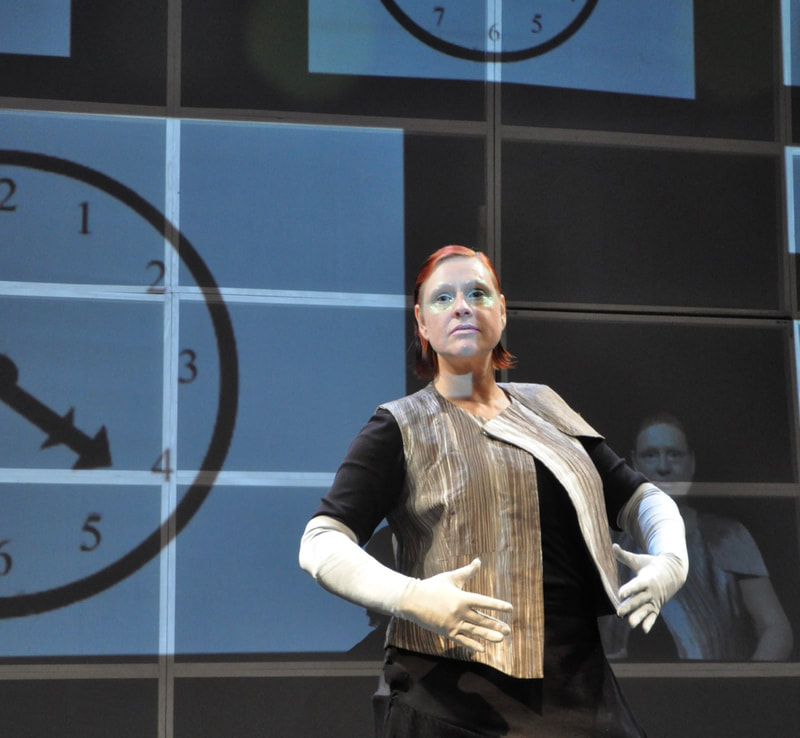 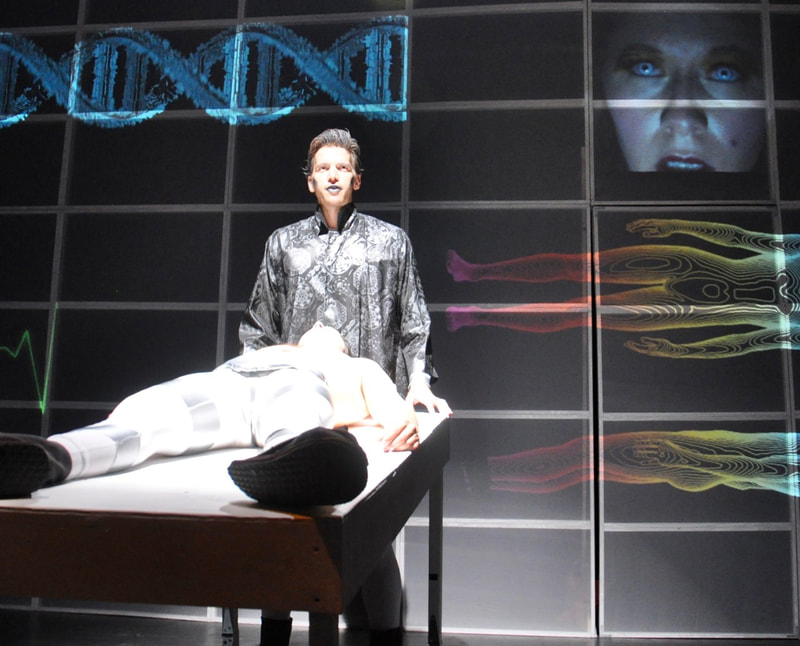 "Greenberg is as much its director as its choreographer, stylizing everywhere she can amid the piece’s wholesale potential for kinetics and its linguistic disparities, which range from quasi-Elizabethan dialogue to postmodern voice.
The technical look and feel has its day too amid  backdrops from West Side Story and Luciano Pavarotti’s Pagliacci, colored with references to 19th-century Norway’s Edvard Grieg and our Jefferson Airplane a hundred years later. What might at first seem like a battery of randomized thoughts is a highly original plumb." ~Martin Jones Westlin for San Diego Story~